automate control of hardware and software

Ringmaster is a show control system in which hardware and software to be controlled are defined in a form of markup and organized into a hierarchy. Any number of devices such as projectors, displays, computers, and lighting controllers can be defined. A mobile-friendly dashboard displays device status and issues commands. Commands can also be issued on a schedule, and alerts can be sent automatically if things go wrong. Operated continuously for years at OUE SkyspaceOUE Skyspace.

My role: I conceived of, architected, implemented, and supported the system. 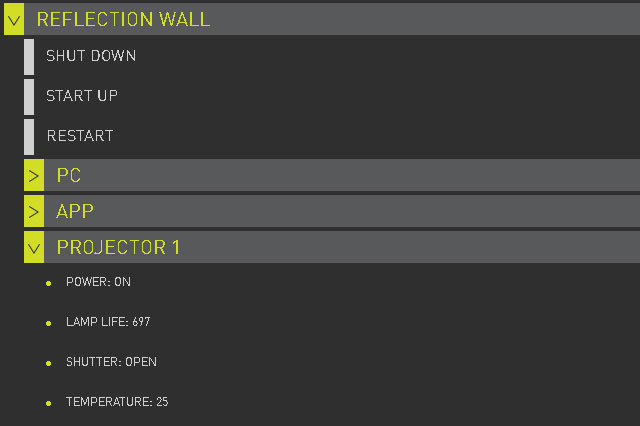